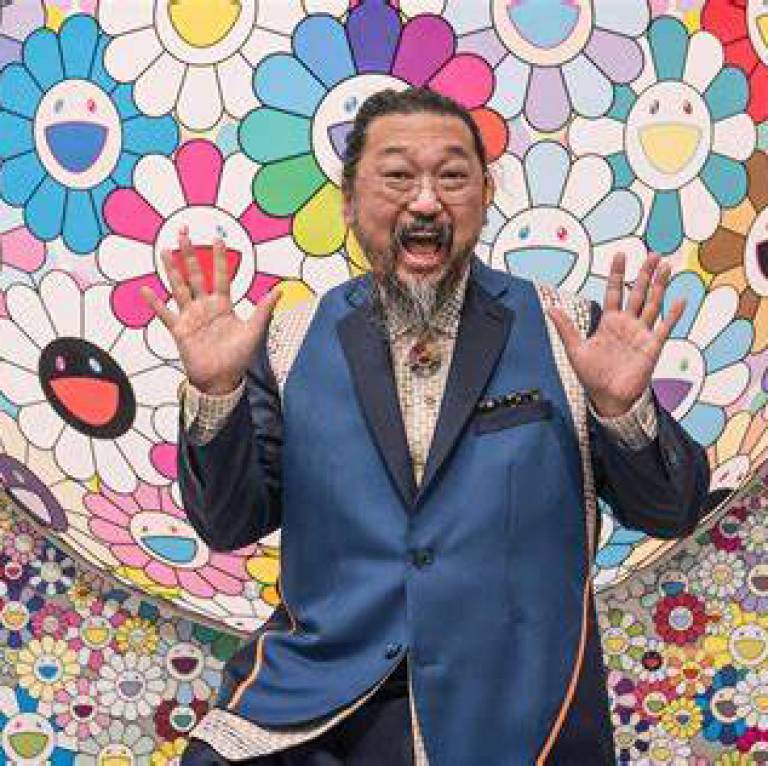 TakashiMurakami (b. 1963) is one of the most thoughtful-and thought-provoking-Japanese artists of the 1990s. His work ranges from cartoony paintings to quasi-minimalist sculptures to giant inflatable balloons to performance events to factory-produced watches, T-shirts, and other products, many emblazoned with his signature character, Mr. DOB.

In addition to his work as an artist, Takashi Murakami is a curator, entrepreneur, and a student of contemporary Japanese society. In 2000, Murakami curated an exhibition of Japanese art titled Superflat, which acknowledged a movement toward mass-produced entertainment and its effects on contemporary aesthetics. Murakami is also internationally recognized for his collaboration with designer Marc Jacobs to create handbags and other products for the Louis Vuitton fashion house.

Takashi Murakami's work has been exhibited in prestigious museums all over the world, including the Tokyo Metropolitan Museum of Art; the Museum of Fine Arts, Boston; and a recent solo retrospective exhibition at the Bard College Museum of Art. Through his work, Murakami has played with these oppositions in East and West, past and present, high art and low culture while remaining consistently amusing and accessible. His work morphs the worlds of popular contemporary Japanese cartoons and historic Japanese painting (he is classically trained, with a Ph.D. in the traditional nihon-ga style). His recurring character, Mr. DOB, appears on t-shirts, posters, key-chains, etc. world-wide and has even come to life in the form of one of these 3-D sculptures. Murakami has also curated "Super Flat" an exhibition of contemporary Japanese artists.